In 2002 the SpudPro committee of the Wisconsin Potato and Vegetable Growers Association (WPVGA) was established to facilitate the commercialization of new varieties. This committee brings together people from diverse backgrounds with an interest in variety development, including growers, processors, marketing experts, UW researchers, and the Wisconsin Seed Potato Certification Program. Committee minutes and additional reports are available on the SpudPro website.

The inaugural director of the University of Wisconsin-Madison potato breeding program was Gustav Rieman (1936–1961), followed by Stan Peloquin (1962–1994). The manager of the UW potato breeding farm in Rhinelander, Don Kichefski (1951–1990), was also instrumental to the success of the program. Notable variety releases from this era include ‘Superior’ (1961) and ‘Snowden’ (1990), which are both round white types. Jiming Jiang and Horia Groza led the program from 1995 to 2005, followed by Jiwan Palta and Felix Navarro from 2006 to 2013, with Bryan Bowen as the manager of the breeding farm. Since 2014 the program has been led by Jeffrey Endelman, and Becky Eddy manages the breeding farm.

New varieties are assigned to the Wisconsin Alumni Research Foundation (WARF), a non-profit designed to protect and license inventions generated at UW-Madison. Prior to 2016, new varieties were licensed directly from WARF. Currently, new varieties can be licensed for domestic production through the Wisconsin Crop Improvement Association (download the current agreement). For further information about domestic licensing, contact John Petty at WCIA (wcia [at] mailplus [dot] wisc [dot] edu). For questions about international licensing, contact Emily Bauer at WARF (emily [at] warf [dot] org). 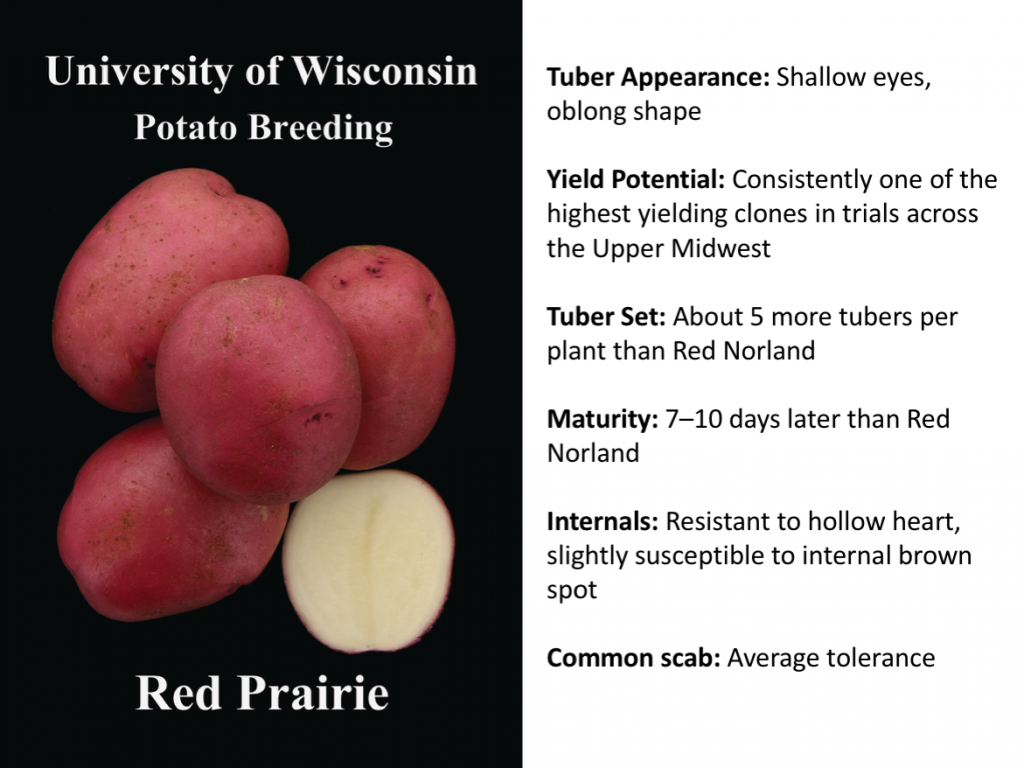 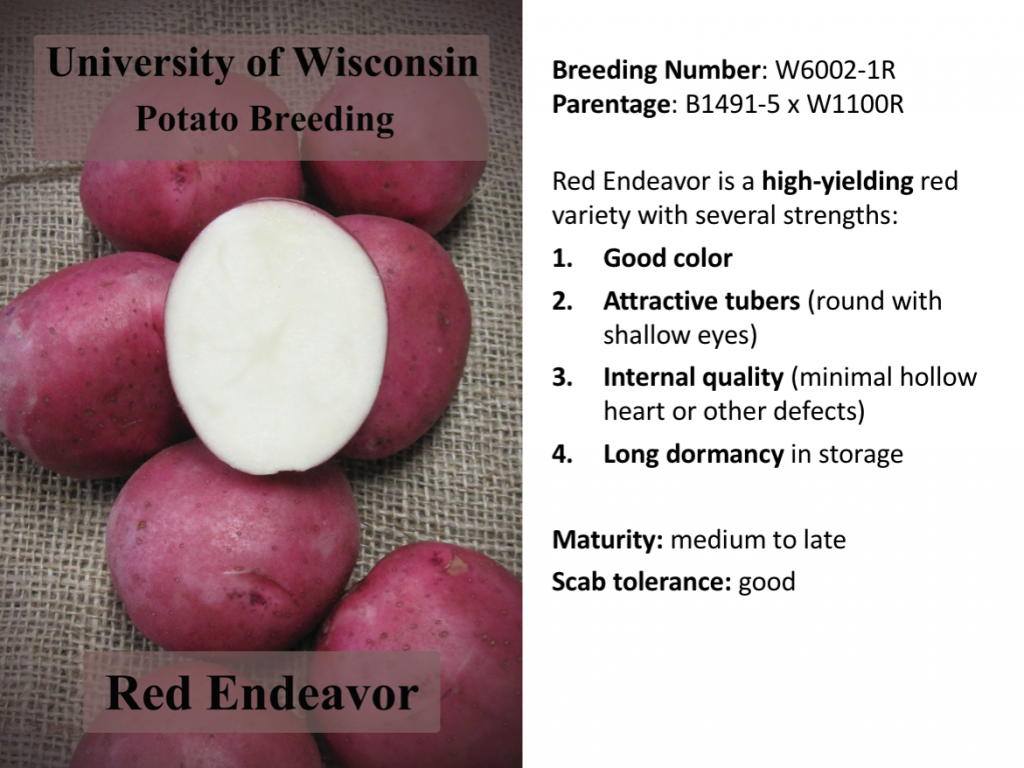 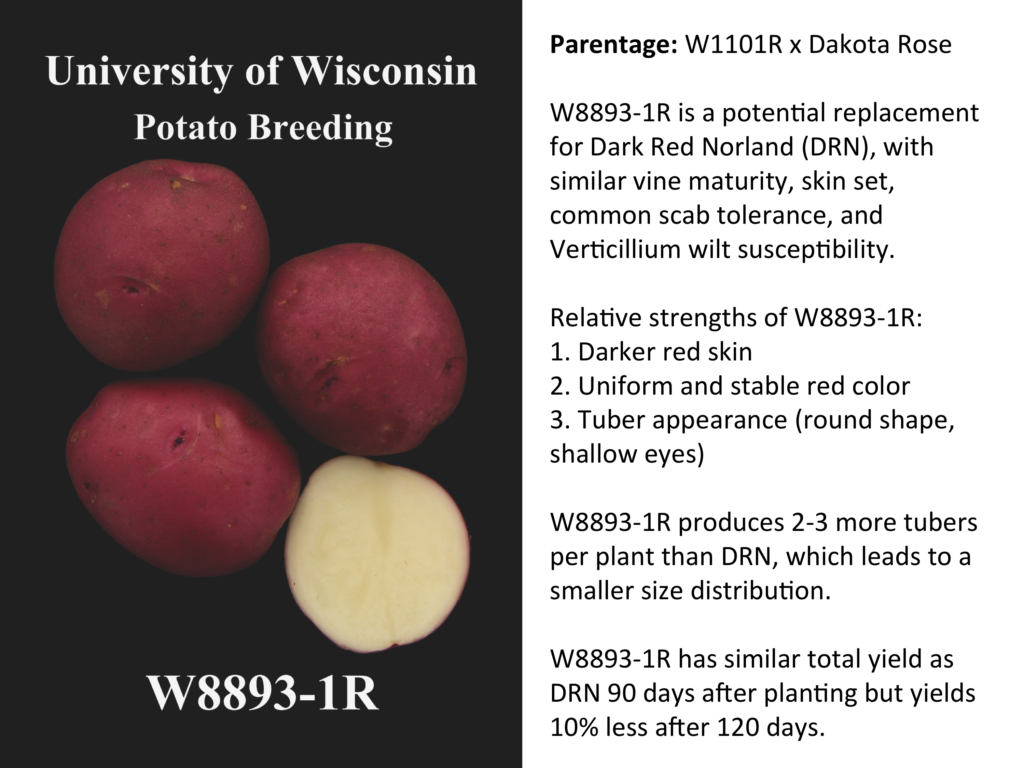 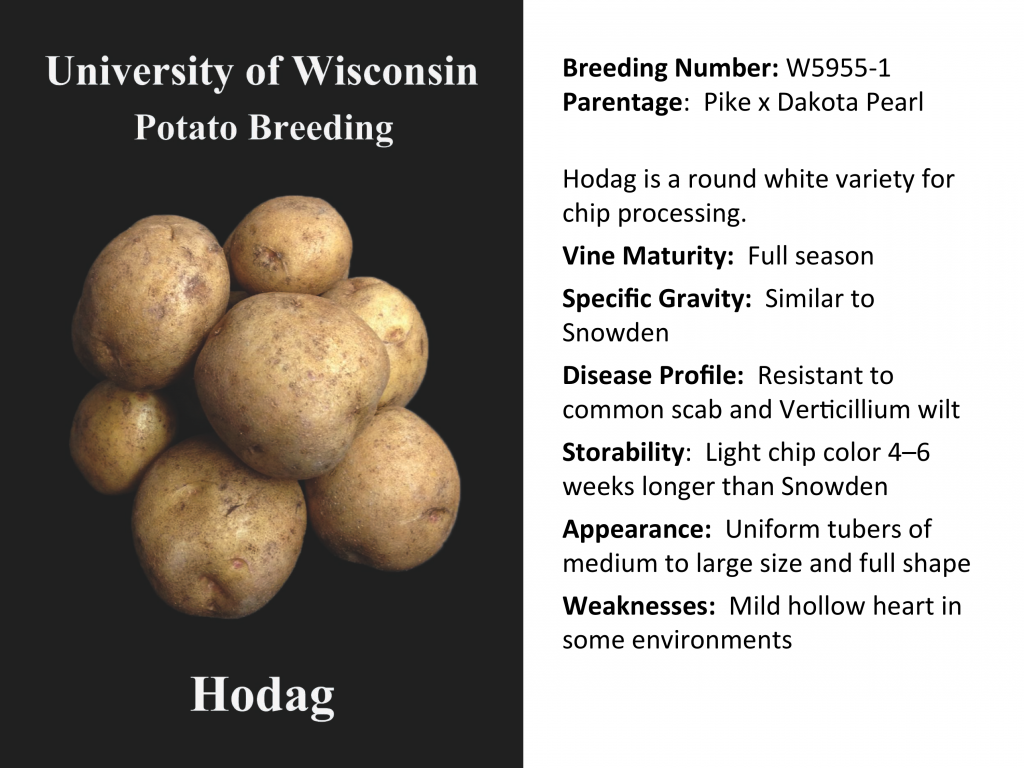 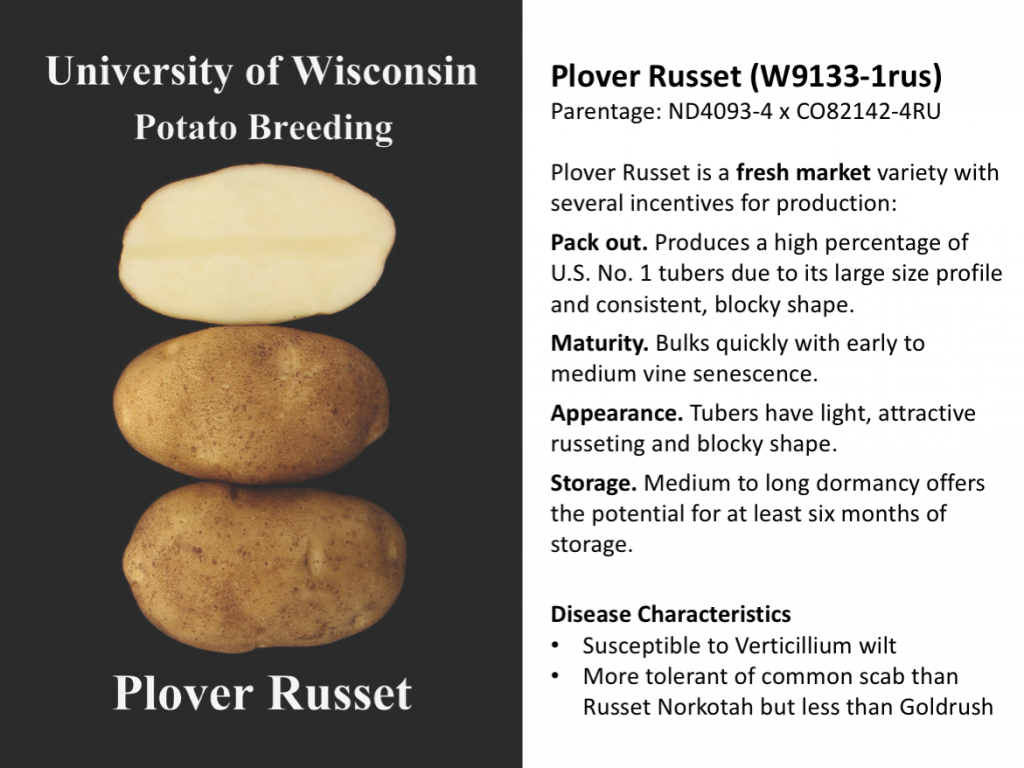 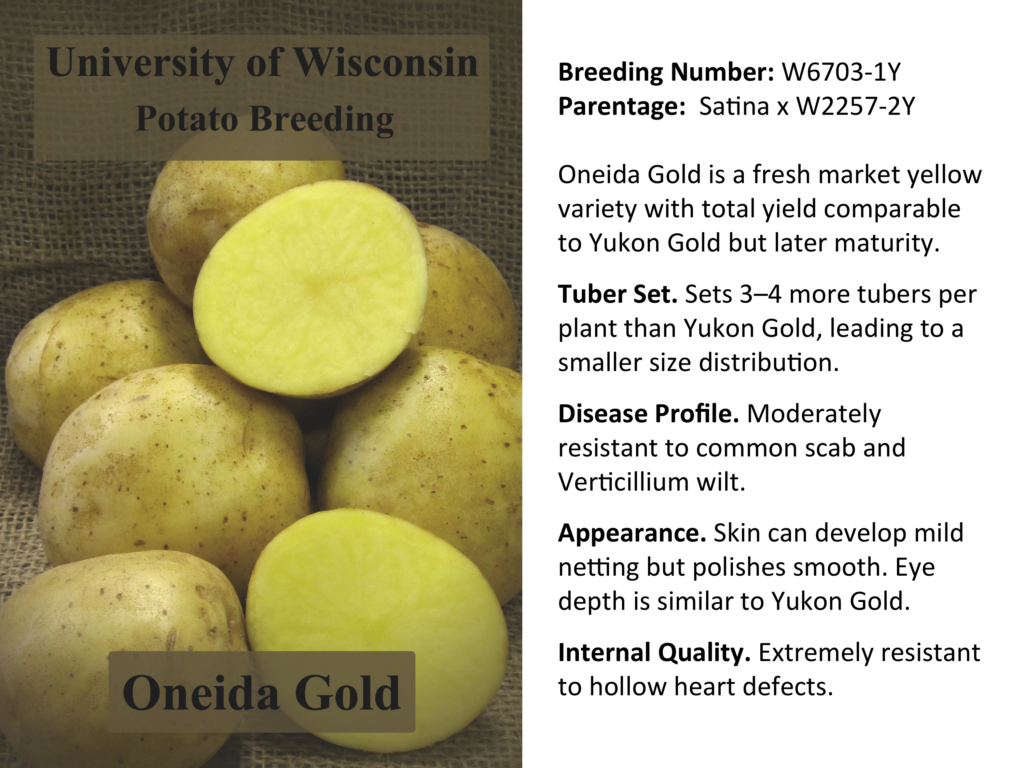